As the needs of our community continue to evolve, the Grosse Pointe Public Library is constantly assessing its patrons needs. The 2017 strategic plan identified key initiatives to enable the GPPL to become the "Library of the Future." The eight key initiatives are:

To expand learning, inspire creativity, and connect our community.

Statement on Race and Social Equity

In the Summer of 1928 a study was undertaken regarding the establishment of a public library in Grosse Pointe. In December of that year a library station of the Wayne County Library was opened in the Goodrich Confectionery Store on Mack Avenue at Lochmoor (now referred to as the Woods Branch) and the Park station was opened in the basement of the municipal building. In January 1929 a fifth station opened in the Farms Municipal Building on Kerby Road.

In June 1929 the Grosse Pointe Public Library was established by the School District.

When the Grosse Pointe Public Library was established, the Park branch became the Main Library. The library on Waterloo became the Village Branch. Over the next 20 years the Library was located in many buildings on a variety of sites as it evolved to meet the needs of the community.

In 1951, the Central Library was commissioned by Dexter M. Ferry, Jr. a local business and civic leader. His son, W. Hawkins Ferry, was studying under Marcel Breuer at the Harvard Graduate School of Design. He encouraged his father to recommend the renowned Bauhaus architect. Built with donations from Dexter M. Ferry, Jr. and Murray W. Sales, the Central Branch was completed in 1953.

In 1939, the Park Branch moved to Pierce Middle School. The Park Branch remained at Pierce until the new Carolyn and Ted Ewald Memorial Branch opened in January 2005. It was the first new Grosse Pointe Public Library constructed in 50 years. The branch is located at the corner of Lakepointe and Jefferson on the former site of the Ewald Chevrolet dealership. Designed by David Milling and Associates, the Ewald Branch is 15,500 square feet and includes a story time room and program room that seats up to 75 people. The branch also includes separate areas for teens, young children and adults.

In 1938 the Woods Branch moved to Lochmoor Station on Mack Avenue until 1952 when it was attached to Parcells Middle School. The small branch only held 25,000 items and the circulation grew to over 60,000 items. More than 400 community members gathered in January 2006 for the opening and dedication of the new Woods Branch on the corner of Vernier and Mack Avenues. The branch features three levels and has something for everyone. Highlights include a see-through fireplace on the second floor and a program room with a capacity of 120 people. 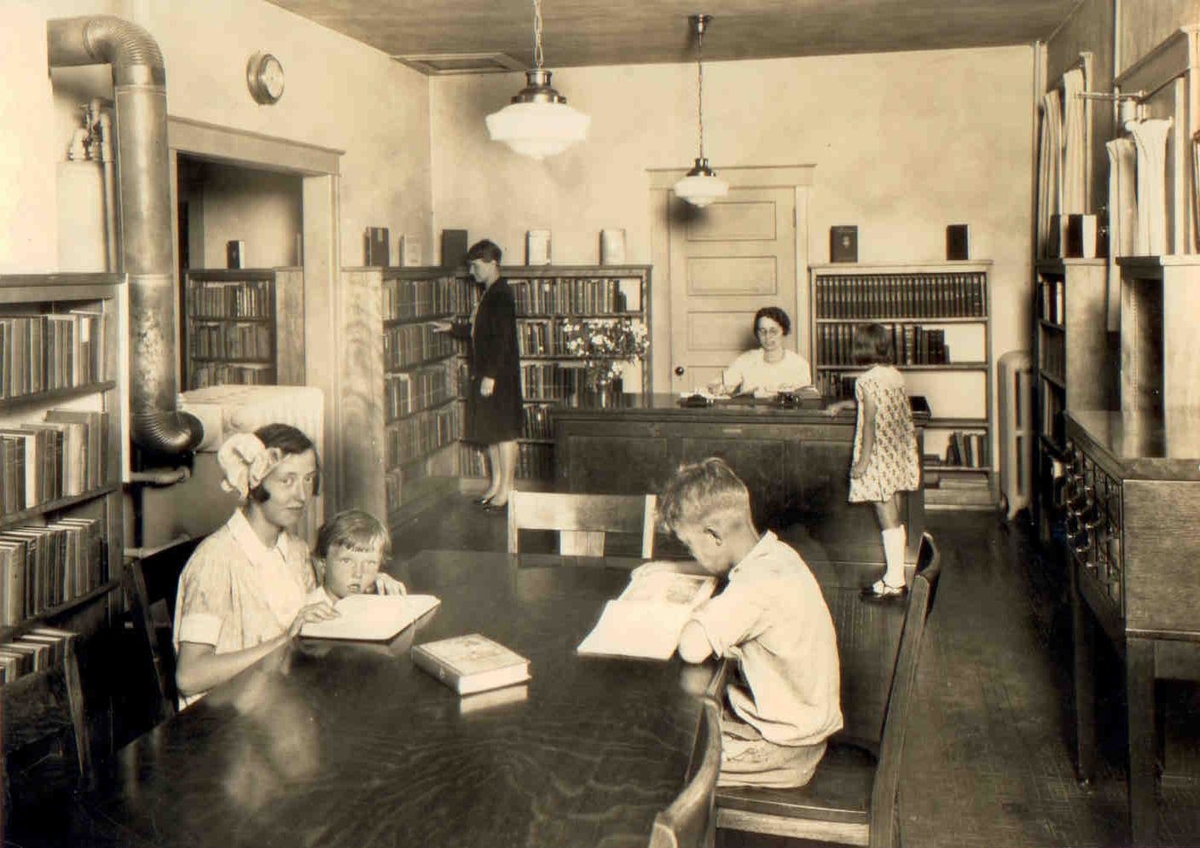 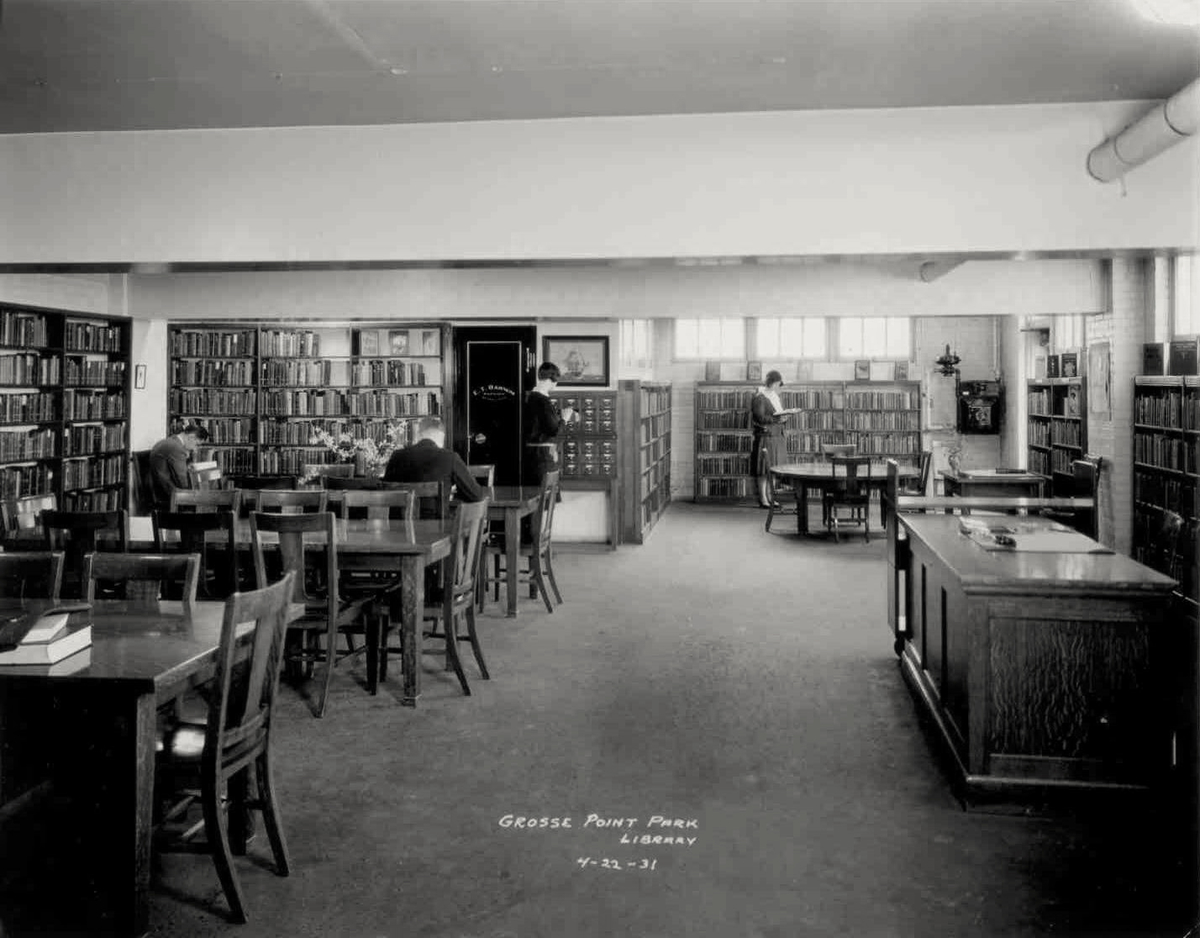 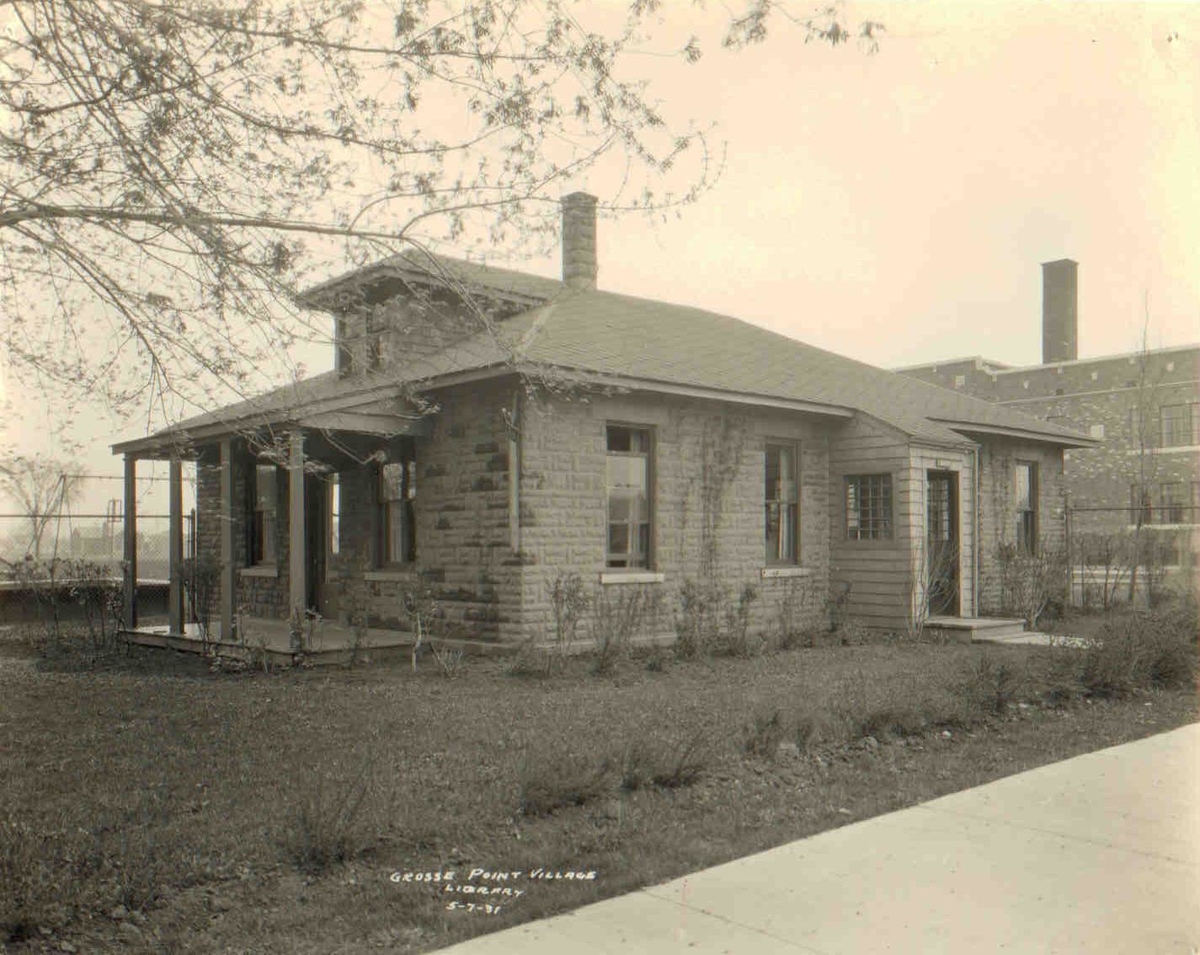 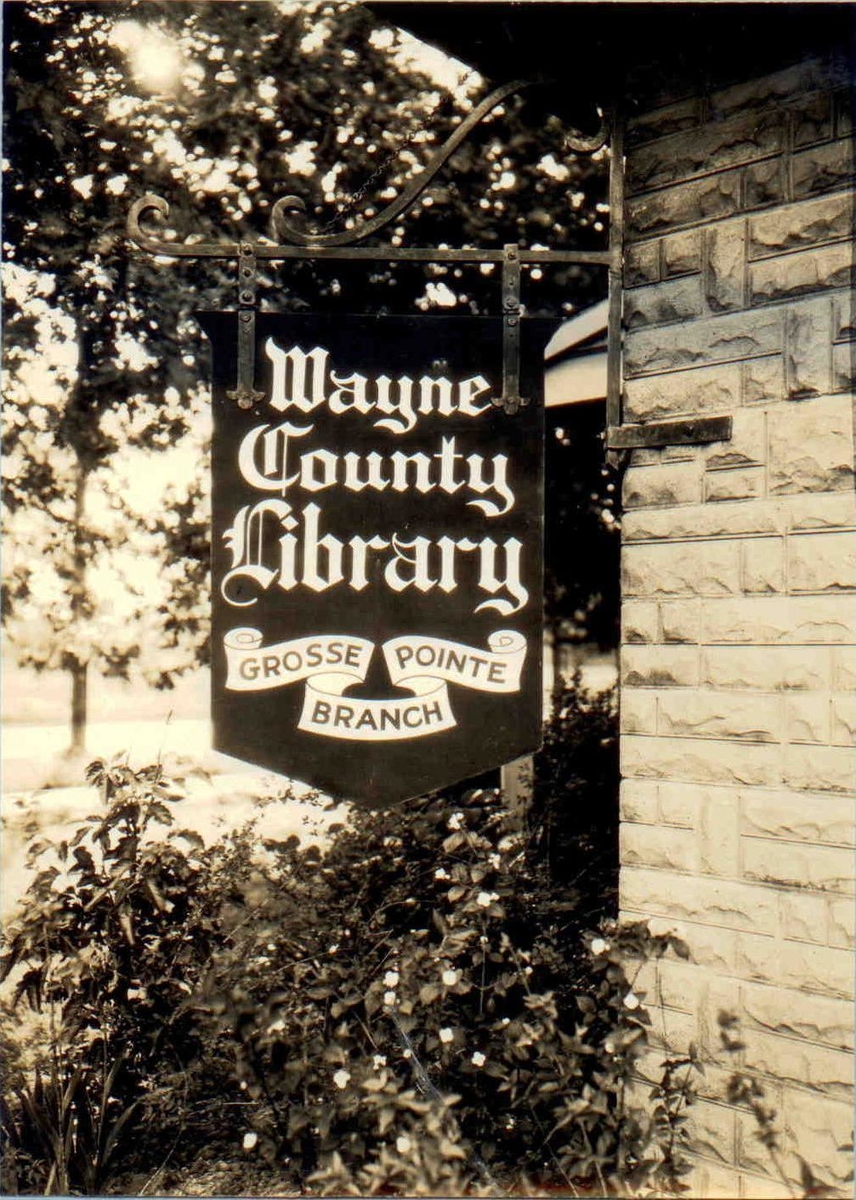 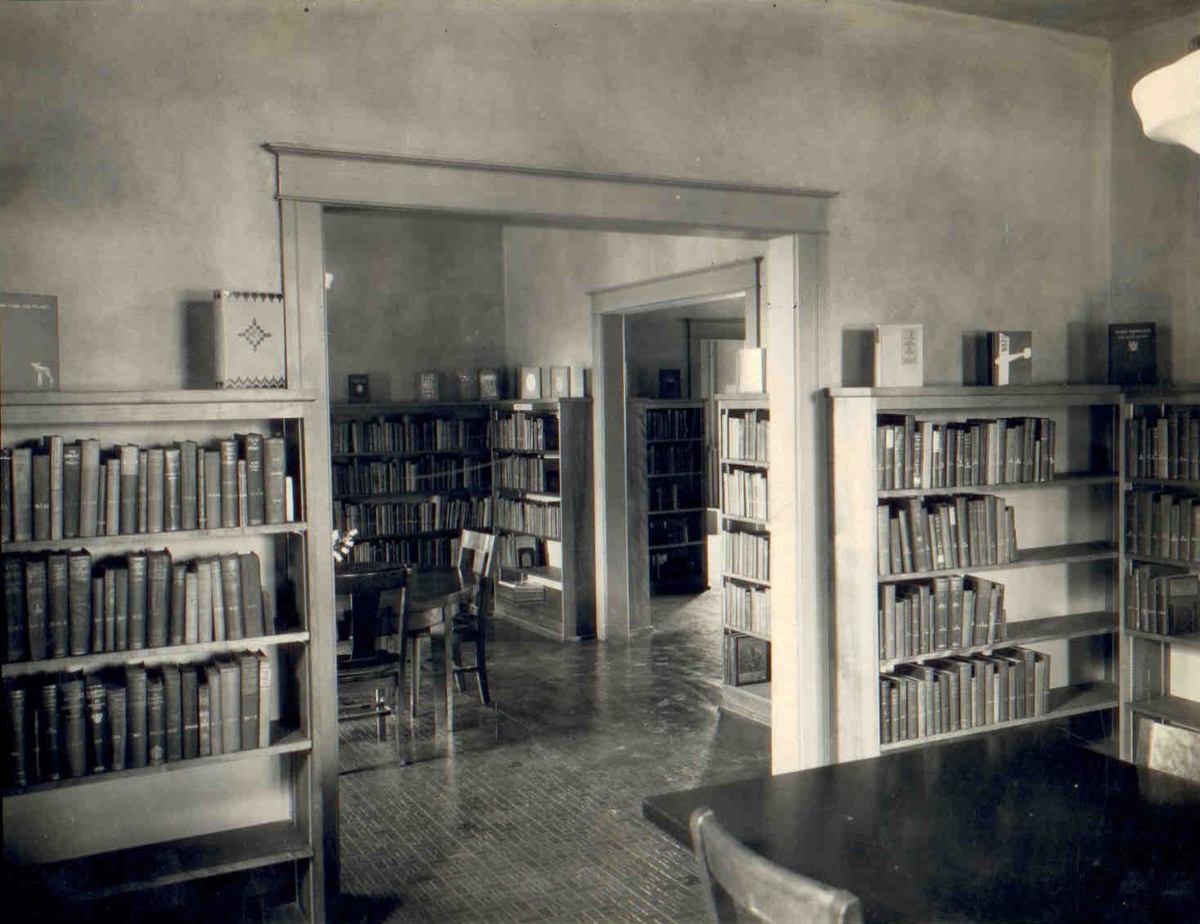 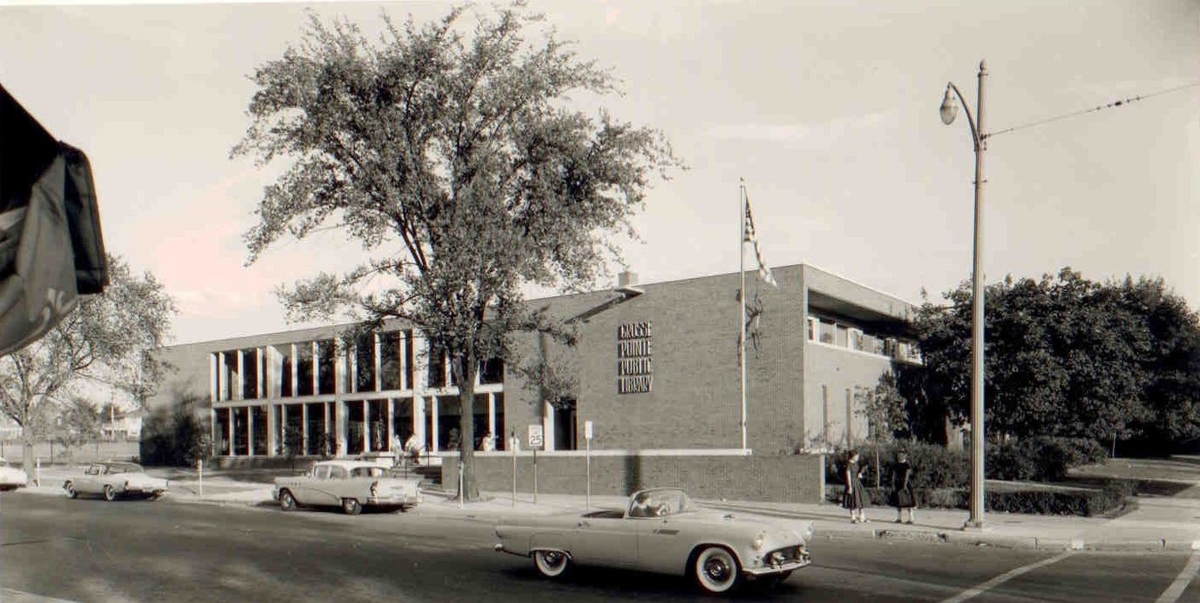 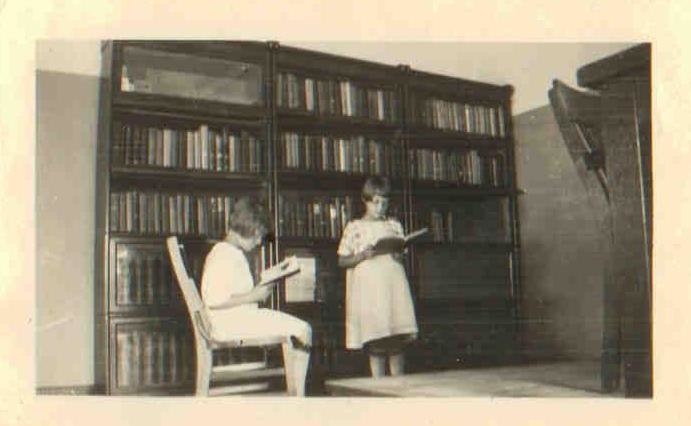